A graffiti artist is outraged that a mural he painted in tribute to deceased cricketer legend Shane Warne has landed him in court.

Warne’s sudden death shocked the country and the sports world in March, after he suffered a heart attack while on vacation in Koh Samui, Thailand, aged 52.

Jarrod Grech took to the video sharing site ICT Tac complaining that his upcoming court case for criminal damages is “a waste of police and court time.”

Grech painted the mural on the side of a house at 40 Canning Street in the Melbourne suburb of Carlton.

The prolific street performer has welcomed support for his work in the comments alongside his TikTok post, with one calling the accusations against him ‘unAustralian’.

When he first painted the mural, Grech said, “Australia has lost a legend!”

“In this portrait I tried to capture Shane’s charisma and fun nature. One of my fondest memories is of playing cricket in primary school trying to bowl like Shane and Brett Lee.

“I hope I made your proud brother porcelain veneers. See you in the next life.

In April, Grech said he painted the same wall multiple times when he didn’t know who lived in the adjoining residence.

“The windows are boarded up,” he told 3AW.

“Usually I find the owner’s contact details and ask them for permission, then usually if they don’t like it I just spray them.”

Grech also admitted he “didn’t have a leg to stand on,” legally speaking.

“I’ll get permission from now on,” he said.

Others said ‘amazing tribute mate! Art is not a crime”, “Nice piece” and “Awesome bloody – should be more of you and less of the scribbling that is around”.

Some have supported his view that the summons is “a waste of time for the police and the court”.

Another said the police ‘should be arrested’ which was backed up by a message saying ‘Exactly correct’. Completely un-Australian.

Some others, however, have disputed where Grech painted his mural.

“Unless you have permission from the landlord, you can’t just paint on the walls. whatever the tribute aspect,” said one. 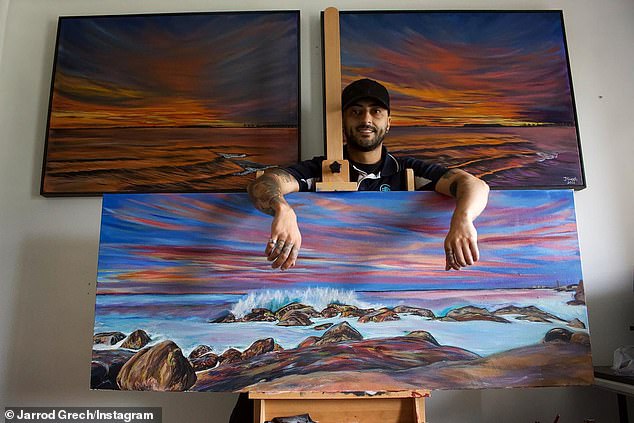 ‘Did you have permission to spray there?’ another asked.

The artist replied that “the house is abandoned, covered in graffiti”.

Another poster responded to this by saying, “So you unlawfully defaced private property.”

Grech may not have helped his trial by answering this with one word – “Correct”.

He might be better off explaining his motivation for the mural as he wrote on his TikTok feed: “I love you Shane.”